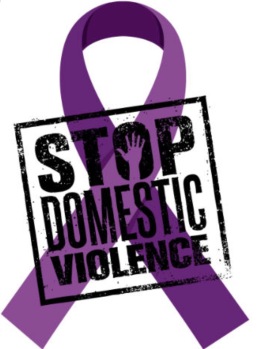 We always keep family business behind closed doors. We always here of woman coming out telling their battle of domestic violence but we never get the child’s point of view. I’m going to tell my side and own battle with domestic violence throughout my childhood.

I always saw my mom as this beautiful woman some days I was so captured in her beauty I couldn’t figure out why she wasn’t a model or a cover girl. So there I was at five years old trying to save my “Beauty Queen”. Her head pressed up against a painting in the living room,  attempting to break free. I wanted to save her she yelled out to me to run so I opened the front door I don’t even think I looked both ways running across the street to the neighbors to call 9-1-1. So when the police arrived I was feeling like a hero. My heroic dreams were crushed once four days passed and we were back in the house with my then step dad pretending like nothing happened.

So now my mom moved on and finally I’m smiling every day she’s carrying my brother with that beautiful pregnancy glow. Then it happened he kicked her right in the belly once again I ran trying to save my mother and soon to be brother. It happened again-and again til it was just routine in our household. I began to lie to others saying “oh my mom fell” this other that to hide the truth thinking this would help our situation. Then one day I gave up I just stopped running to help, stopped calling the police I just would sit in my room and wish I could disappear. My mom never explained the why to me so I was left forming my own conclusions. At 10 I made a vow that if a man ever hit me I’d kill him or die trying.

Here I am as adult the year is 2013 I’m finally at my peak standing just as beautiful as my mother “The Beauty Queen”. I was in my first real relationship. Then BOOM
“We arguing and he standing up so I’m standing up, we really going at it I’m yelling throwing things. Then what happened next I couldn’t believe it was me attacking this man physically, he didn’t hit me but oh I was going at him full force at 5’4 130lbs him being twice my size and height. That’s when it hit I wasn’t able to disagree with the opposite sex calmly sane or be NORMAL.

I grew up in abuse so I assumed it was normal for things to get physical, but I never saw myself being the abuser.I seemed to think love wasn’t love without abuse. I guess I had the motto I’m going to knock you down before you knock me down. Is it right for a woman to hit a man? NO. I had to change I was a monster. Due to the dysfunction I had witnessed I had built myself up to think I needed to protect myself at all cost and was left believing that all men where like the men who played brief roles in my child hood.

I don’t hold a grudge this was to shed light that domestic violence affects the child to. Hopefully this can help someone. To my step father my only wish is that you teach your daughter that woman deserve to be queens and worthy.

I went to therapy, learned the WHY and got my explanations. I know now how to control my anger. No man or woman should be driven to hit each other. There is always a way out. The long-term effects had damaged my idea of men, woman and the definition of love. So my plan is to never go back to that place or let it hinder my growth. Just because it’s what I saw doesn’t mean its what i have to become or endure.

The mommy blogger who proves you don't have to choose between motherhood and career. View more posts